How The Temple Came To Be


“Why, Master, why?” asked the plump little myopic woman. She sat reverently at his feet, gazing adoringly up at his shining face (for it was a hot day) and waited for his answer.

He did not answer, and simply closed his eyes. She waited. A few moments of waiting meant nothing to her, for her search for him had been long and hard. It would have been even longer and harder, had she not known, before she set out on her search, that the one she sought was male. It would have taken her twice as long if she had had to sift through both males and females. Fortunately, despite her myopia, she had a good optician and was therefore a fairly well-read woman, and she already knew that all the answers to all the questions lay only with those of her species blessed with external genitalia.

After several minutes of waiting for Master’s eyes to reopen, she pondered for a second if her search had been long and hard enough. Would something longer and harder have been more satisfying?  But no! No! She berated herself. One must not ask questions! She knew this to be true, for Master himself had told her so. Her soul cringed. It was a weakness, she knew; a weakness to be kept hidden and silent like the complicated and somewhat messy bits of her own inferior and interior genitalia, that, like her, was born only to be a vessel to receive.

“Forgive me, Master,” she murmured, and he opened his eyes.

“Oh, all right,” he said. “And because you recognise your faults, I shall,” he paused for emphasis, “I SHALL answer your question!”

The plump little myopic woman and all those around her, huddled at Master’s feet, gasped in unison, and in awe, and also in curiosity. They leaned forward to better hear what Master had to say next.

“Yes,” the plump little myopic woman muttered miserably, wishing she could have a cigarette right now, but it was not to be.

“It is a good question,” Master said. “Or a good paragraph of questions.”

The plump little myopic woman was relieved. She still wanted her cigarette, but she supposed it could wait.

“It is a good question,” Master repeated. “But it is an unnecessary question.”

The plump little myopic woman and all those around her were stunned into absolute silence. They did not know what to say about this, mostly because Master had not yet taught them what to say. He continued.

“You say that people on different paths cannot live with one another. Yet here and all over the world, they do. They are held together by an unseen force that will never be blighted. Though they may try, this unseen force will always ensure that they can never get as far away from each other as they’d like.”

“An unseen force?” the plump little myopic woman asked. “What is this unseen force, Master? Tell us of it.”

“I like to call it Gravity,” Master replied gravely. “Yes, Gravity. This is the unseen force that holds people together. Without it, the world would be a mess of strings and cables and chains and ankle weights. Gravity it is, that keeps our feet on the ground and our heads in the air. This is as it should be.”

Master saw that it was good, and decided to take a nap.

The plump little myopic woman decided that Gravity would be pleased with her if she put on a few more pounds, and ate a chocolate-covered doughnut. It was good. Then she sat down to record Master’s words in writing, so that future generations could see for themselves these written words, for everyone knows that what is written must be true.


Irrefutable evidence that good opticians do exist, though they be expensive,
and come with no guarantee that thou shalt thereby be a more beautiful person: 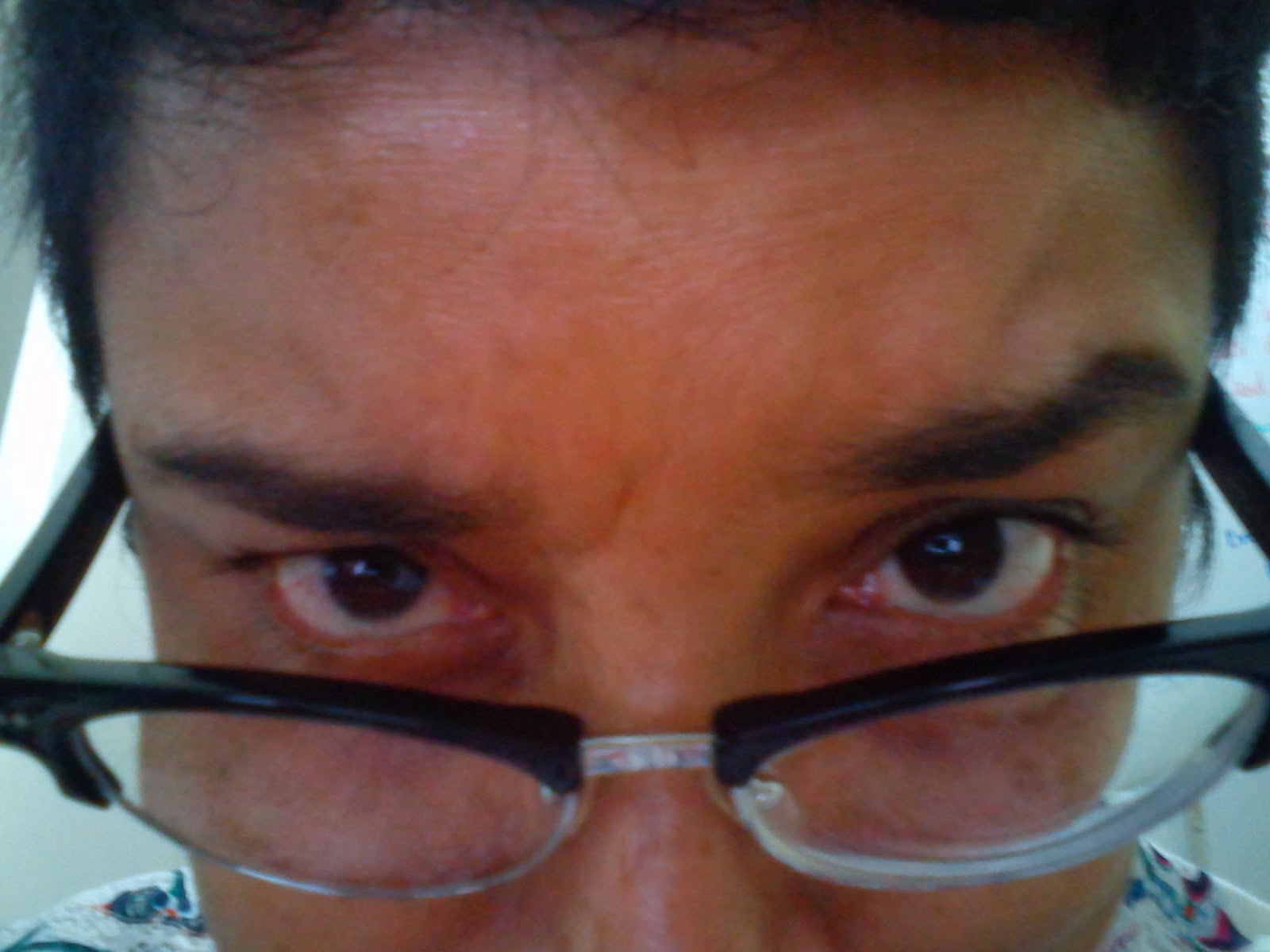 If language allows me to commit this mistake - this post is your bestest :) You need to... you have to... you know what I mean...

Gravity isn't the binding that keeps you down, the chains you wear are a gift from the wearer. If your eyes were opened as wide as your legs you could see the power you possess within.

Someone must be SO proud of you, DOC, but I'm guessing it's not God.

There isn't a God, don't let yourself be blinded by the mention of a woman's leg and see the strength of the message behind.

If you cannot see it the fault's not mine.

But of course the fault must be mine. I must have totally missed the idea of the chains being one's own. I was too busy being trying to figure out just how wide open my legs need to be for my eyes to match them. And also wondering why would you find it necessary to imply that my legs are open wider than my eyes in any case. You were basically suggesting that I am a slut and that alleged sluttiness somehow affects my brain and my writing. Of course you may have just been suggesting that I am a very flexible yogi or gymnast, but we all know you were not. It was a completely unnecessary, illogical and insulting choice of words.

The conclusion you arrived at is a sad indictment aEiOu, whether you think it was arrived at because of me or because of you is for you to decide, it matters little to me, although I'm sorry of course that you thought it.

I was actually thinking more of evolution than sexuality, as the reality is a woman is be no more of a slut than a man is when nature is the driver.

But in any event, words can never hurt, not really, they might sting a little but that's not the same.

Oh don't be such a hypocrite, or perhaps a moron if you actually believe what you've said: "I was thinking more of evolution than of sexuality"? Ha! I believe the technical term for that is "bullshit".

Now go away. I'm not going to waste any more time responding to your nonsense.

nice to read this thank you for sharing....
Lechuza Planters